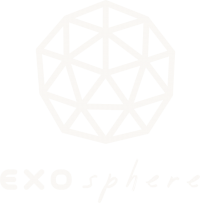 Co-creating spaces for regeneration Join the movement to the border of earthly possibilities while regenerating our planet and expanding human potential along the way! Exosphere aspires to contribute to creating a new paradigm by designing spaces for communities to co-create a thriving world in harmony with nature and their divine purpose.

Connecting the dots There's no need to reinvent the wheel. In the name of cooperation over competition, we are connecting the projects that are already on the way to regenerate the world.

The Social Coordination Platform changing the way communities work together by helping groups be more organized, creative, and resourceful.

Digital currency & financial system that serves, rewards and finances the people and organisations committed to creating a healthier and more equitable planet.

An online festival for everyone interested in building regenerative villages. It enables knowledge sharing and multi-disciplinary collaboration.

Documentary movies (Thrive 1 & Thrive 2) focusing on breakthrough solutions that we distribute and screen to all wanting to co-create a thriving world.

Crystallized Roots Movement (CRM), a global initiative to plant 1 million Source Seed trees with a higher biophoton count and assist the world to move into the new age.

Supplier of the state-of-the-art technology used in our initiatives, including Source Seeds, which help the trees require fewer resources.

Facilitates cooperation among inhabitants of a bio-region through the use of technology, science and regenerative activities.

Partner for the Local CRM / tree-planting and educating Slovak nature-lovers about the hidden life of trees and the importance of soil for our ecosystem.

Project for creating 144 Light Cities -contributing to Earth regeneration and starting over on the path of its evolution and ascension.

A cooperative approach that dynamically renews itself, and stimulates inclusive well-being, health and happiness for every living being, now, and in the future.

The world we live in has many systemic challenges:

People are desperate for a new vision for humanity because deep down in our core we remember a thriving world, a memory of the future. We are at the brink of regenerative renaissance with solutions already out there, the collective is just not fully aware of them…

“Ultimately, the shift towards a regenerative human civilization and increased human and planetary health will require a majority of global citizens to assume full responsibility for their co-creative involvement in shaping humanity’s and the planet’s future. To a greater or lesser extent, we are all designers of this future.”

They said to shoot for the moon and if we miss we’ll end up among the stars. Well, we shoot for the stars right away, pushing the boundaries of Earthly possibilities and have a vision based on human divine potential.

This vision has been downloaded from our dreams and meditations, “our” meaning not only the founders of Exosphere but plenty of wayshowers across the globe. We don’t know each other personally but the visions are so similar that it seems like it’s a collective memory of the future, which realisation is given to us in pieces so we can build the New Earth together as team Humanity. Our vision might be branded as utopic by the sceptics but its seeds are already out there – either already created or at least being experimented with by researchers, scientists and visionaries alike.

Exosphere aspires to help creating a new paradigm by designing spaces* for communities to co-create a thriving world in harmony with nature and our divine purpose.

Creating an atmosphere of regeneration and playful co-creation doesn’t happen overnight and like in the actual Atmosphere, we need to go through layers to get to the outermost layer of Earth – Exosphere.

STEPS TO LAUNCH THE SPACESHIP

Our initiatives will support the systemic change that needs to happen for the Earth(lings) to thrive and create a fertile soil for the actual Exosphere community-based living space to launch perfectly.

A platform for the glocal communities to connect, learn and co-create together

A platform for the glocal communities to connect, learn and co-create together

Support the movement If you feel called to support Exosphere or one of its initiatives, there are multiple ways to get involved - you can donate any resource, money, time, expertise or service

If you feel called to support Exosphere or one of its initiatives,
there are multiple ways to get involved – you can donate any resource, money, time, expertise or service. You can also send the signal through this form.

Launch the journey to Exosphere, a community space to co-create a thriving world in harmony with nature, on the border of Earthly possibilities.

There are multiple ways to get involved – you can donate any resource, money, time, expertise or service.